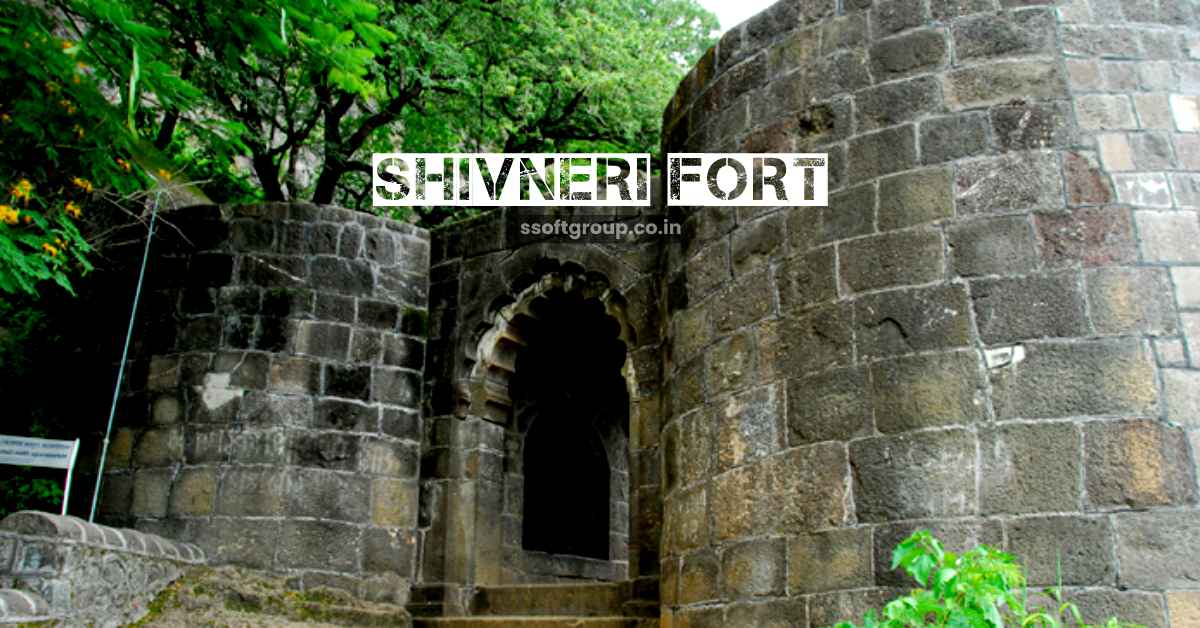 Friends, when you hear the name Shivneri Fort, the idol of Chhatrapati Shivaji Maharaj stands before your eyes. Because Shivneri, Shivchhatrapati are the closest subjects to our hearts.

And that is why everyone from a small child to an old man knows that Chhatrapati Shivaji Maharaj was born on 19th February 1630 at Shivneri fort. Let’s find out about the famous Shivneri fort.

This Shivneri fort is very prominent in Junnar taluka of Pune district in the state of Maharashtra. This fort on Naneghat hill in the Pune district is still in very good condition.

The Government of India declared this fort as the ‘National Protected Monument of Maharashtra’ on 26th May 1909. And this is a matter of great pride for all over Maharashtra.

The fort is of the ‘Giridurg’ type of medium climbing range and is about 3500 feet above sea level.

Establishment of Shivneri, a historical fort in Maharashtra. It was done by the Yadav kings in 1170. It is found that the Yadavs built caves at the foot of Naneghat hill and a fort on it. The fort is built on a hill about 300 meters high.

This fort has been a very important fort on the trade route of Naneghat since before the birth of Shivaji Maharaj.

Junnar was also known as ‘Jirnanagar’ or ‘Junner’. It was the capital of Shak King Nahpan. After that, Satavahana king Gautamiputra Satakarni defeated the Sakas and established his dominance over Junnar as well as the surrounding area.

The Satavahanas also dug caves at various places in the area after establishing their power. These caves are also found in this area.

After the Satavahanas, Shivneri fort was under the rule of Chalukyas and Rashtrakutas. Later, between 1170 and 1308, the Yadavas established their kingdom in the region and Shivneri took the form of a large fort.

Nizamshahi was established in 1446 and Shivneri came under the control of Nizamshah. The Nizamshah then moved his capital from Shivneri fort to Ahmednagar in 1493.

After that In 1595, Shivneri and Junnar provinces came to Shivaji Raja’s grandfather Maloji Raje Bhosale. After the assassination of Jijabai’s father Jadhavrao in 1629, when Jijamata was pregnant, Shahaji Raja accompanied her on 500 horsemen and immediately took her to Shivneri.

At that time, Jijamata vowed to Shivai Devi at Shivneri fort that I will name my son after you. Accordingly, on 19th February 1630, Jijamata gave birth to a cute baby and named it ‘Shivaji’ after the goddess Shivai according to Navas (promise to goddess).

When Jijabai was stayed in Pune, Pune was in a very bad condition. At that time, she guided little Shivaji raje to plough a gold-plated plough in a field with other stewards.

It was on this Shivneri fort that little Shivaji Maharaj learned the lessons of Swarajya establishment from his childhood under the strong guidance of Jijamata. After that, Jijabai left the fort with the younger Shivaji, and in 1637, the fort fell to the Mughals.

Next in 1716, Chhatrapati Shahu Maharaj brought the Shivneri fort back to the Maratha Empire. Shivneri fort came under the control of the British Raj in 1820 after the Third Anglo-Maratha War.

How to reach Shivneri Fort

Friends, you must definitely come at least once to see this fort, the birthplace of Chhatrapati Shivaji Maharaj and sanctified by his touch. The glorious history of this fort and the magnificent appearance of the Shivneri Fort will definitely help you to cherish those memories for a lifetime! If you want to learn more about Torna Fort then you can visit our blog for that.